Welcome to our Friends Page! 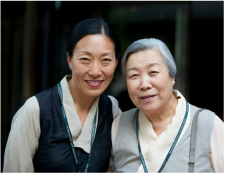 Tencho Gyatso, is the daughter of Jetsun Pema. Born in Dharamsala, the seat of His Holiness the Dalai Lama and the exile Tibetan administration, Tencho was educated at the Tibetan Children’s Village school and St Bede's College in Shimla, India. She served as an elected member of the Tibetan Parliament-in-exile for two terms during which, among her other work, she traveled widely to Tibetan settlements in India, and to speak on Tibet to various governmental and NGO groups in Europe and the United States.

She moved to the United States in 1999 to join her husband, Losang Gyatso, a contemporary Tibetan artist. She and her family currently live in Washington DC, where she oversees the Tibetan Empowerment and Chinese Engagement programs at the International Campaign for Tibet, an organisation which works to promote human rights and democratic freedoms for the Tibetan people. 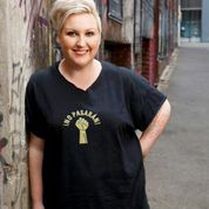 Meshel is a stand-up comedian of some 20 years’ experience, a radio and television broadcaster and writer.
She is currently co-h﻿ost of Nova’s breakfast show in Melbourne with Tommy Little, broadcasting weekdays on the Nova Network from 6-9am.  She is a regular panelist on TEN’s The Project.  Other television credits include Spicks and Specks, Can of Worms, Rove, The Circle, ADBC, Adam Hills: In Gordon Street Tonight and This Week Live to name but a few.

In 2013 Meshel released her first book, a memoir titled “The Fence-Painting Fortnight of Destiny” and she continues to blog at MeshelLaurie.com.  The site is also dedicated to connecting charitable people with charitable organizations, and fighting racism.  She is also a regular contributor to Sunday Life magazine

Meshel is proudly an official Ambassador for the Dalai Lama in Australia Organisation and for Reconciliation Australia. 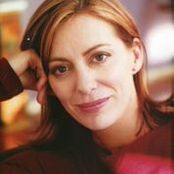 Kerry is an acclaimed award-winning actress who landed her first television role at just fifteen, before appearing in The Sullivans, The Getting of Wisdom and Prisoner.

Kerry moved to New York in the early 1980s to study at the Herbert Berghof School. In 1987, Kerry returned to Melbourne and has established herself an actor winning two AFI Awards in 2001 (for ABC drama series Sea Change and for the feature film Lantana) She became the first actress in Australia to win the Best Performance by an Actress award in both a feature film and television category in the same year.

Kerry Armstrong places a great deal of importance on her charitable work and is extremely proud of her role as official ambassador for Mind Shift - The National Self Esteem Initiative.  She has published two practical empowering self help books. 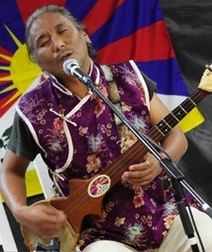 Singer songwriter Tenzin Choegyal draws on his Tibetan roots to create original compositions which uniquely express his cultural lineage and the contemporary challenges faced by his people.  (will perform and be supported by local Quintet Tarella Strings)

Tenzin was born to a nomadic family in Tibet, escaped the Chinese occupation with his family in the early 1970s and was raised in a Tibetan refugee community in Dharamsala, India. There, where His Holiness the Dalai Lama actively encourages his people to preserve their culture, Tenzin first began to explore his musical talents.

Tenzin feels a particular connection to the music of the wandering people of his homeland. He recalls his father’s mastery of the lingbu (bamboo flute) and his mother’s beautiful singing, and attributes much of his musical passion to those early influences.

Tenzin’s award winning songs have found a place in the complex tapestry of global sounds while collaboration  with numerous Australian and international performers have allowed him to experiment with rhythm and structure and challenge traditional Tibetan musical norms.

Tenzin Choegyal plays the Dranyen (Tibetan lute) and Lingbu (transverse bamboo flute).  His most outstanding instrument, however, is his voice. His music has been described as beautifully evocative, healing, and transcendent. 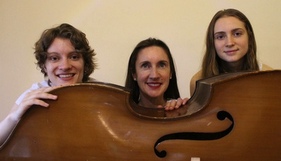 Rosalind Burns
Rosalind is a graduate of the University of Melbourne, with Honours Degrees in Arts and Music Performance. She has been active as an orchestral and chamber musician for over 30 years, and has appeared as a soloist with the Ballarat, Maroondah and Dandenong Ranges Orchestras. She is currently on the music staff at Yarra Valley Grammar and Head of Strings at Luther College. Rosalind also directs a community Youth String Orchestra and maintains a private teaching practice at home.

Lore Burns
Lore Burns is a Composer, Actor, Cellist and Singer. From a young age she has been surrounded by and attracted to sound and music, learning intermittently cello, piano, guitar, percussion and choral skills as well as beginning her compositional journey at the age of eleven. Lore is currently teaching cello at Cornish College as well as being in training for the World Championship of Performing Arts in Hollywood this July.

Isabelle Burns
Isabelle Burns has been playing the violin since the age of 2 and last year commenced studying the viola. She is currently in Year 10 at Yarra Valley Grammar where she plays in the Senior String Orchestra, Symphony Orchestra and a string quartet. She also enjoys singing, playing volleyball and cooking. 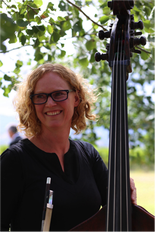 Chris Gelok
Double bassist Chris Gelok studied at the Victorian College of the Arts in Melbourne and then at  the Conservatories of Amsterdam and Maastricht in The Netherlands, completing a Masters of Performance on double bass, awarded with Honours. Her principle teachers include Henk Guldemond and Carol Harte. During the ten years she lived in Holland, Chris also played in double bass performance masterclasses, under the guidance of Hakon Ehren and Knut Guettler. She completed a Teaching Diploma in Holland and a Graduate Diploma of Education at Monash University.

Gabriel a retired researcher and environmentalist, the author of Spoiling Tibet: China and Resource Nationalism at the roof of the world, which details how Tibet is currently on the cusp of rapid industrialisation, as copper, gold, silver and other minerals, which are abundant in Tibet are being mined in large quantities for the first time. He has worked on Tibetan issues for over 35 years including environmental, natural disasters, development and stories of the displaced nomads from their ancestral lands.  After five years living in the Himalayas, he is now retired to an extremely steep block in the foothills of Victoria's great forest and is growing native flowers.

Please visit Gabriels blog spot, where you will find new, and original research on why so many Tibetan women die in childbirth, and what can be done to help them.  www.rukor.org

We proudly Acknowledge that we are on Traditional Gunaikurnai Nation lands. We acknowledge the Traditional Owners of Country throughout Australia.
​We recognise and respect the ongoing stories, culture and connection to the People and Land.  We pay our respect to Elders, past, present and emerging.
Copyright@2013  Chris Hooper Promotions   ​            All Rights Reserved    Privacy Policy