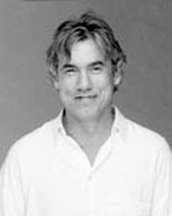 ALAN CLEMENTS was the first American to become a Buddhist monk in Burma, where he lived for ten years under one of the world¹s most repressive regimes. Since leaving Burma, he has become a leading voice for spiritual activism, working for universal human rights and teaching his contemporary understanding of spirituality to audiences around the world.

Alan has lived in some of the most highly volatile areas of the world. In the jungles of Burma, in 1991, he was the first activist to witness and document the genocide of the ethnic minorities by the military dictatorship. He wrote about his observations in his first book, Burma: The Next Killing Fields? with a foreword by His Holiness the Dalai Lama.

He then lived in the former Yugoslavia for nearly a year during the war, where he consulted with staff members of non-governmental organisations and the United Nations on the "role of consciousness in regard to human rights, service, and activism."

In 1995, Alan made a risky journey back to Burma, where he co-authored The Voice of Hope (published in the UK, and U.S., and translated into 13 languages), and the internationally acclaimed book of conversations with Aung San Suu Kyi, 1991 Nobel Peace laureate and leader of her country¹s nonviolent struggle for freedom.

He was also the script revisionist and advisor for Beyond Rangoon (Castle Rock Entertainment, 1995) a feature film depicting Burma's struggle for democracy, directed by John Boorman. Alan has been interviewed on ABC's Nightline, the CBS Evening News, Voice of America, BBC, and by The New York Times, The London Times, Time and Newsweek.

Now, after 20 years of teaching, Alan Clements offers Instinct for Freedom, his first book of spiritual material. In it he presents an approach to spiritual development he calls "liberation through living" - an approach that mirrors the narrative of his extraordinary life.

Alan Clements gives voice to an essential spirituality that can be common to all people, regardless of their religion or nationality - a spirituality based on one precious human value: freedom - the liberation from fear, apathy, and ignorance and the elevation of dignity, beauty, and goodness.