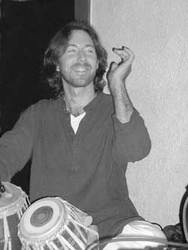 Ty Burhoe has been a disciple of the great tabla maestro, Ustad Zakir Hussain, since 1990. Ty is known for his sensitive accompaniment and melodious style. While his intense study of the classical tradition and his touring as a classical accompanist continues to grow, he is also internationally recognized for being instrumental in creating unusual collaborations that weave tabla with many other musical traditions. 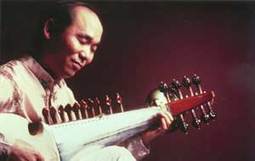 Steve Oda has been a disciple of the legendary Ustad Ali Akbar Khan for the last 35 years. Steve has dedicated himself fully to learning this complex art form and to carry on the teachings of his illustrious Guru. In 1996, he received a Canada Council Artists Grant to pursue intensive studies at an advanced level with his teacher. Steve moved to the San Francisco Bay area in 1998 and served as executive director of the Ali Akbar Khan College of Music for two years.

Steve has performed at his teachers college in California as well as numerous Canadian cities from Halifax, Nova Scotia to Victoria, British Columbia. The demand for his playing, continues to increase in places like Chicago, New York, Spain, Paris, Amsterdam, Sweden and now in Australia and New Zealand. Steve has also recorded on select recordings including Tala Records 2006 release, “Invocation”.  Steve now resides in San Rafael California actively teaching and performing the beautiful music of North India.